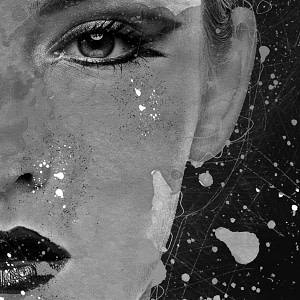 Welcome to Pretty Perversions, the very last post in our final segment ‘A Freak On Top of the Sheets’ and for the Beneath the Sheets anthology in general.

We can’t believe it but this is the last exploration in to the different desires and fetishes that our sheets have offered themselves to since their creation.

When we first made our durable sheets we knew we wanted to help make everyone’s desires more liberated and carefree, but never did we imagine how much this endeavour would resonate, nor just what would be occupying the surface of our sheets.

Thanks to all of you, our amazing customers and readers, we have been introduced to so many different ideas and manifestations of sex, sexuality, and desire and we so grateful that we’ve touched your lives, as you have ours.

So, with deep gratitude, please enjoy this final glimpse into a fetish our sheets helped us discover, as we get down in the dirt and muddy ourselves up for some fantastically scruffy fun. Enjoy!

Remember being a kid and getting your very first Barbie doll or action figure?

When they came to you they were likely perfect – well-dressed, smiling happily, and pristine down to the very last detail. And, chances are, you really loved that toy…but you still wrecked it.

There’s rarely a doll or action figure that makes it through ownership without being messed up. Sure, we care about these items, but we also want to take their clothes off, contort them in to weird angles, draw of them, and get them down and dirty in the mud.

Despite this, we still loved these objects and we still thought they were pretty, because at that point, they were ours and we’d stamped them with our own form of affectionate ownership – their own imperfect perfections.

This childhood desire to mess up and make these objects our own could very well be considered as a pre-cursor to salirophilia – a gratification arising from messing up the object of one’s desire – and, though many of us grow out of our ‘messy Barbie’ days, some people find creative more adult ways to revel in this sense of scruffy ownership.

Salirophilia is a rarely recorded fetish but one that our sheets often compliment and one that we feel deserves more attention.

As mentioned above, this fetish is attributed with messiness, or making someone (usually an attractive individual) ‘ugly’ or dirty in some way. Before jumping to conclusions, this isn’t some sexual version of the ‘Ugly Snapchat’ trend that hit a few years ago, nor do those with salirophilia want to hurt, insult, or degrade the person that they’re attracted to.

As with all fetishes, the fantasies that someone with salirophilia has, do not reflect their overall attitudes or beliefs. Fetishists, in general, tend to be more aware of their sexual desires and, thus, more respectful of boundaries and clear on disclosure and communication. But there is something about mess or people being made to look (or making themselves look) messy or unattractive which appeals to those with salirophilia.

If you struggle to imagine the appeal of salirophilia then just think of any of those movie scenes where you see a muscular male lead cleaning up a vehicle. Their bodies are sweaty and they’re covered in dirt and grime yet, somehow, that element of scruffy, saturated filth is somehow fanning the flames of your already filthy fantasies.

The female contrast might be the conventionally attractive individual who chooses to ‘lay back’ by putting on a big baggy hoody and tying their hair in a casual bun. All of their curves are obscured and lose threads of hair run wildly from their semi-tamed mane yet, to you, they look even hotter than the ‘polished’ look.

Both of these would be casual examples of salirophilia: Deriving pleasure from mucky and messy looks.

Maybe the fetish is more wide-spread than we give it credit for.

To say salirophilia is discreetly commonplace is perhaps an understatement, too.

When you think about it, salirophilia intersects with many different fetishes, many of which we’ve mentioned in this anthology.

For example, someone in to piss play might be getting messy, which relates to salirophilia, but might enjoy it mainly for the sensation, not the sense of mess. Regardless, someone with salirophilia and someone with urolagnia could still form a very mutually beneficial fetish dynamic, given how well their fetishes tie together.

Mysophilia, an attraction to the soiled or dirty possessions of people (typically their clothing) is also related to salirophilia and, in this instance, you have an interesting element of time and tense in the fetish.

Although the messiness is still the focus of both attractions, salirophilia relates to seeing, being, and doing in the present – that is, interacting a person and playing a part in the mess made. Conversely, mysophilia is more about owning or experiencing the aftermath of someone’s messy predicaments – a glimpse in to the past. Add in an element of the future and this is a fetish that would make even Charles Darwin proud.

Sadly we can’t really help with mysophilia, as our sheets are well known for leaving no trace of one’s messy encounters post-play. Our apologies there.

When it comes to salirophilia, though, our sheets are just the trick for a truly messy session between fetishist and consenting individual/s. The methods of play that our sheets offer for someone who wants to muck up and muddy someone are actually so self-exploratory (and explanatory) that we feel it’s best to let you fill in those beautiful blanks should salirophilia ever catch your fancy.

There is, however, one final element of salirophilia worth mentioning, and it’s something we think our sheets can add a fun new angle to.

For many people with salirophilia there is also an interesting attraction to vandalised art pieces, or a desire to collect (and personally destroy or vandalize) prints or pictures of famous works of high art.

This fetishistic iconoclasm is incredibly interesting when it comes to fetishes and their wider engagement and influences on society, culture, and politics in general. To engage in art, after all, is to engage with a greater social narrative. To get sexual arousal from the defacement of art? Well, there’s a whole lot going on there. More than this article can necessarily delve in to. Instead, we offer those with salirophilia a fun suggestion.

As part of our ongoing aim to meet our customer’s needs, we offer bespoke sheet printing services. Imagine the potential of printing out your favourite artwork on to a sheet and being able to do whatever you want with it before then being able to wash it off and start all over again.

Alternatively, just imagine the living, breathing object of your desire lying on sheets made to have a bespoke frame around the edges – your very own eagerly consenting work of art just waiting to be vandalised.

The Final Flecks on the Sheet

Salirophilia is very rarely studied, poorly documented, and typically considered as an outlying desire. But, really, don’t we all like to make our partner a bit dishevelled and wet from time-to-time.

Smudged lipstick, half-torn underwear, the lazy after-sex shirts. These are all things that we admire and think of as fundamental in sex. While out culture made idolise polished beauty we all, on a primal level, desire the lustful messiness of scruffy sex.

Heck! One could argue that Sheets of San Francisco has found its success from this fundamental basis of subtle salirophilia amongst other pretty perversions. As we say on our About page our sheets are about allowing people to ‘make as much mess as people want, wherever, and whenever’.

That being said, it is our sincere hope that they have brought something truly meaningful to your dynamics. This anthology may have reached its end but we will continue to be here facilitating your brilliantly authentic sexual messiness and pretty perversions.